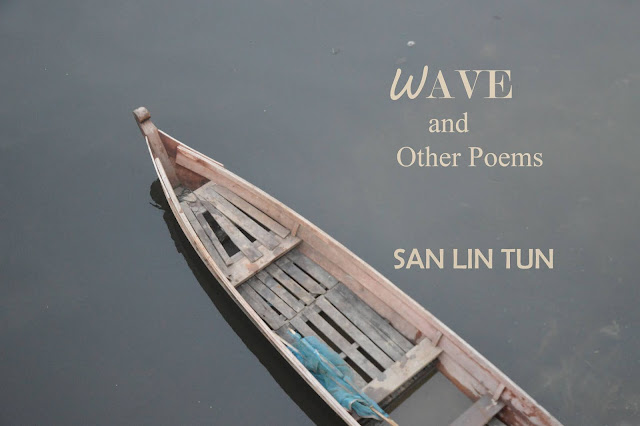 It is my second collection of English poems and the publication is very soon!!!

Once W.A Mozart said, “I pay no attention whatever to anybody's praise or blame, I simply follow my own feelings”. In this sense, music relied on feelings and evoked them. It was true with the concert “When Oboe Meets Piano” which was staged at Chartium Hotel on 31st, January of 2020 from 7 pm onward.

Many people were present at the marvelous musical concert of the two maestros. It was orchestrated by the cultural programme of the Embassy of Italy for 2020 which would be starting in full swing with the first concert of this year. 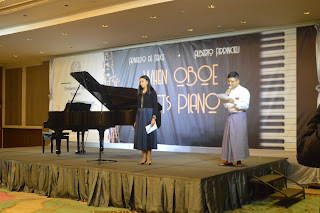 The embassy invited an exciting joint “travel” by oboist Arnaldo de Felice, who gave his first solo recital when he was 15 and performed in several prestigious venues such as Carnegie Hall in New York, and pianist Alberto Firrincieli, who is back again in Yangon to entertain Yangon’s audience. Both artists are also music composers; Maestro de Felice played his own “Medusa”. 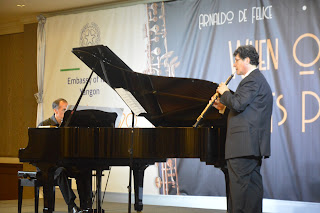 The tunes and melodies produced by the two instruments were so pleasant, depicting the high and low notes and tunes so that the tunes were fluctuated with emotions and sensations. While listening to the music, one’s mind was drifted away with those charming tunes until the music reached its finale and clapping from the audience exuded wholeheartedly.

The pleasant tunes of oboe were very much tantalizing to the ears of the music lovers because of the skillful touches of Maestro de Felice. When he sustained the notes and slurred, they expressed very well in terms of musical sublimity. Maestros, pianist and oboist played the tunes so smoothly and precisely and with much dexterity and skills they needed for musical performers. 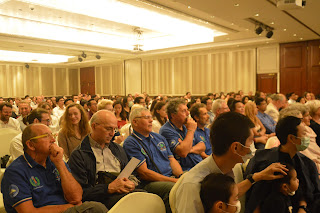 It was really much uplifting and satisfying to enjoy the whole evening with them at the venue. They showed their musical expertise so well that people were really much engrossed in their entertainment. The oboe, with its rich harmonics in the upper range, has a timbre which was well controlled by Maestro de Felice.

In fact, the oboe is chiefly a melody instrument, being pastoral by nature and it has full of tenderness. Sometimes, its notes can cause a certain degree of shrill and so one needs a proper manipulation not to compel it a passionate cry or a powerful outburst of pitch. Then,  its small, bitter-sweet voice becomes tame and will exhibit something sublime.

Some people noted that both instruments brought relief to the heart and soul of them and the oboe is one of the oldest, and one of the most deeply sympathetic, perhaps because the lips of the player touch the reeds directly. It was true that the oboe's repertoire as a solo instrument was much to treasure, much to adore and much to console.

Classical music magically worked very quickly when things were right for them. Even if you align your breathing to the music's beat, your mind will be free to observe its flow and it was the best cure for serious stress and granted prolonged relaxation and rest. 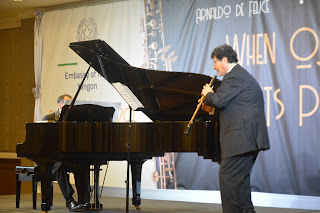 The two Italian musicians entertained the audience with beautiful pieces ranging from Scarlatti and Cimarosa (XVII and XVIII centuries) to Piazzolla’s tango (with the great “hit” “Oblivium”) and the contemporary film scores by the most acclaimed composer Ennio Morricone, whose unforgettable music has been reused countless times for TV and in movies.

The entrance was free. On the 1st of February the two Italian musicians would also give a Masterclass to music students at Gitameit as part of the initiatives undertaken by the Italian Embassy to continue supporting the development of capacities of Myanmar youth also in the music field.●

San Lin Tun is a freelance writer of essays, poetry, short story and novel in Myanmar and English.

Sukha or happiness is valued by everyone. He or she wants to find it. But, sometimes, some find it against the teachings of the Buddha. They will engage in  gambling, drinking, or other bad ways. They do not know how to find it according to the teachings of the Buddha.
Because of wrongful ways of finding it, they will obtain more miseries problems they cannot bear. Then, they will blame their own lives and try to commit more evil actions.
For a good Buddhist, he should know how to find sukha in accordance with the teachings of the Buddha. Then, he can enjoy his precious life. He will how to understand how to live properly as a layperson of Buddhism.
This kind of person will value his own life as well as the teachings of the Buddha. He will understand the purpose of life, and he will become a valuable person.
Such kind of person will not feel depressed or down-hearted because of bad kamma or miseries or whatever his life brings to him. He can withstand it no matter whatever comes to him.
He will live this present life well and prosperously, as well as in future lives to come.

It is my second collection of English poems and the publication is very soon!!!

Writer San LinTun
He was born in Yangon in 1974, and educated at Yangon Technological University, The International Theravada Buddhist Missionary University, and edXHarvardX. He was a former editor-in-charge of Learner's English Educative Magazine. His flash fiction "Parallel Lines" was anthologized in 2011 New Asian Writing Anthology, and his short story "An Overheated Heart" was anthologized in Hidden Words/Hidden Worlds Ethnic Short Story Anthology, and he was a short story instructor and a literary translator of H2 project. He was a first prize winner of poetry for 2015 Wales National Day. He has published ten books in English ranging non-fiction, fiction, short story, poetry and essays. Currently, he writes flash fiction and cultural articles for My Yangon Magazine, and contributes the translation of Burmese Version of Sherlock Holmes, Maung San Shar to Indepth Magazine. He is also a freelance contributor for Myanmar Times. His latest novel "An English Writer" came out in 2019. His writings can be read in Asia Literary Review, Kitaab, Mad in Asia Pacific, Mekong Review, NAW, PIX, South East of Now and others.